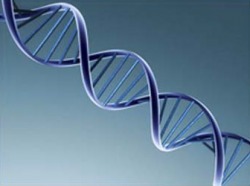 James Watson, Francis Crick, and Maurice Wilkins, the three Nobel laureates who shared the Nobel Prize for Physiology/ Medicine for their work on DNA, are gathered in a reception room at the Stockholm Concert Hall, waiting to be summoned to the prize ceremony. It is December 10, 1962. Interrupting their nervous preparations for the big night, Rosalind Franklin appears in their midst, ready to do battle over everything from scientific process to sexism to academic thievery.
Rosalind, a physical chemist who did important work on DNA in her own right, worked at King’s College, London, with Maurice Wilkins, and it was thought the two despised each other, personally and professionally. But in this heightened encounter with Wilkins, Watson and Crick, painful personal truths are found to be inexplicably entwined with scientific success and failure. Who really deserves the Nobel Prize—the one who discovered the double helix or the ones who explained it? Rosalind has come to Stockholm on this night of nights to set the record straight with the three men, who many feel robbed her of due recognition for her work. Understandable, except that she has been dead since 1958.