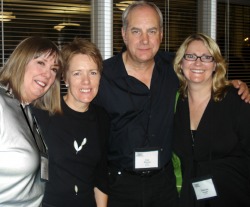 Sewanee 2009
Mary Todd Lincoln does not have many friends during her years in Washington and after her husband’s death. But her most loyal companion is a former slave whom Mary pays to make her striking and infamous gowns. Her mantua-maker,Lizzie Keckly, is a regal, light-skinned black from St. Louis who has made a name for herself as a well-spoken seamstress for Mrs. Jefferson Davis and other ladies of note in pre-war Washington. Mary is determined to steal Lizzie from that social set and bring her to the White House, a plan that matches Lizzie’s own ambition.
They have much in common, as Mary likes to point out. They each have a son in college. They themselves were born the same year. They have husbands. They like dresses. And the price Lizzie paid for her freedom was the price of the Lincolns’ first house.
As Lizzie becomes more integrated into the Lincoln family’s tumultuous life she becomes a necessary figure of calm and reason as the traumatic events unfold around her. She nurses Willie before his death. She dresses a twittery Mary before her  public receptions. She brushes Lincoln’s hair. And for these acts, she is given relics—a bonnet, a glove, a cloak.
After the disastrous attempts by Mary and Lizzie to sell Mary’s dress collection in New York, the two grow apart, Mary in Chicago and then Europe, Lizzie in Ohio and Washington. The final blow to their relationship comes with the publication of Lizzie’s memoir—meant to be a sympathetic portrait of Mary and the White House—but interpreted as a tell-all by a mere servant taking advantage of intimate family moments. Mary never speaks to Lizzie again.
At the close of her long life, as she lives out her days at the National Home for Destitute Colored Women and Children, Lizzie if forced to sell her collection of relics—twenty-six personal items given to her by the Lincolns themselves. She is compelled once again to see what we are—in the end—worth.